Labor Day (also known as Labour Day in in most English speaking countries) is by far one of my favorite holidays. Not only because of the day-off, but because of the meaning behind the holiday. If you aren't familiar with the history behind the day, in short, it's from labor unions protesting and eventually receiving workers' rights. You can thank these brave men and women of histories past for shorter work weeks, higher pay, and overtime pay. Anyway, you aren't here to learn. You are here to laugh! 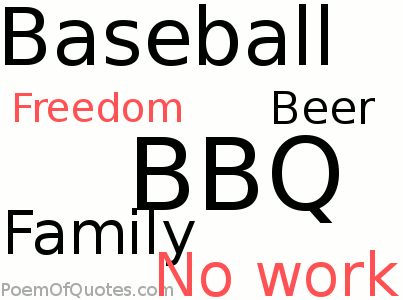 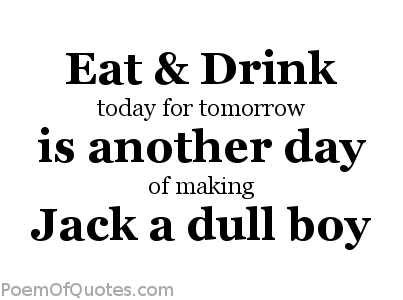 If all the cars in the United States were placed end to end, it would probably be Labor Day Weekend.
Doug Larson Labor Day is a glorious holiday because your child will be going back to school the next day. It would have been called Independence Day, but that name was already taken.
Bill Dodds Sometimes it's important to work for that pot of gold. But other times it's essential to take time off and to make sure that your most important decision in the day simply consists of choosing which color to slide down on the rainbow.
Douglas Pagels, "These Are the Gifts I'd Like to Give to You" The only liberty an inferior man really cherishes is the liberty to quit work, stretch out in the sun, and scratch himself.
H.L. Mencken The man who doesn't relax and hoot a few hoots voluntarily, now and then, is in great danger of hooting hoots and standing on his head for the edification of the pathologist and trained nurse, a little later on.
Elbert Hubbard Man is so made that he can only find relaxation from one kind of labor by taking up another.
Anatole France, "The Crime of Sylvestre Bonnard" Page: 1 | 2 Related Hilarious Quotes:
Work
Teamwork
Social work
Work leadership
Work hard
More holiday quotes