Teenagers have enough trouble as it is. Hormones are going crazy and they can cause a lot of problems. Anyway, that's life. Everyone goes through it some time or another and even adults have been through it. Nonetheless, teens are teens and humor finds its way into everything. Hormones can even be humorous! With that being said, during high school that was probably one of the first topics mentioned when someone was trying to joke around.

Below are some great funny quotes about teens. 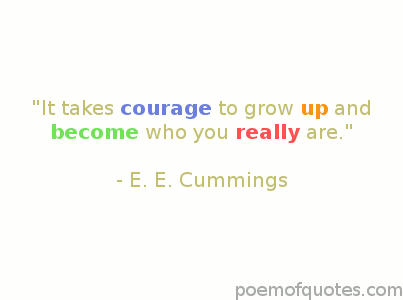 When you are seventeen you aren't really serious.
Arthur Rimbaud The big mistake that men make is that when they turn thirteen or fourteen and all of a sudden they've reached puberty, they believe that they like women. Actually, you're just horny. It doesn't mean you like women any more at twenty-one than you did at ten.
Jules Feiffer In the life of children there are two very clear-cut phases, before and after puberty. Before puberty the child's personality has not yet formed and it is easier to guide its life and make it acquire specific habits of order, discipline, and work: after puberty the personality develops impetuously and all extraneous intervention becomes odious, tyrannical, insufferable. Now it so happens that parents feel the responsibility towards their children precisely during this second period, when it is too late: then of course the stick and violence enter the scene and yield very few results indeed. Why not instead take an interest in the child during the first period?
Antonio Gramsci Having a thirteen-year-old in the family is like having a general-admission ticket to the movies, radio and TV. You get to understand that the glittering new arts of our civilization are directed to the teen-agers, and by their suffrage they stand or fall.
Max Lerner Teenage boys, goaded by their surging hormones run in packs like the primal horde. They have only a brief season of exhilarating liberty between control by their mothers and control by their wives.
Camille Paglia I would there were no age between ten and three-and-twenty, or that youth would sleep out the rest; for there is nothing in the between but getting wenches with child, wronging the anciently, stealing, fighting.
William Shakespeare To an adolescent, there is nothing in the world more embarrassing than a parent.
Dave Barry I think we're seeing in working mothers a change from "Thank God it's Friday" to "Thank God it's Monday." If any working mother has not experienced that feeling, her children are not adolescent.
Ann Diehl People want you to be a crazy, out-of-control teen brat. They want you miserable, just like them. They don't want heroes; what they want is to see you fall.
Leonardo DiCaprio You can only be young once. But you can always be immature.
Dave Barry Page: 1 | 2 Related teen quotes:
18th birthday
Teenage birthdays
High school