Australia Day, celebrated on January 26, is the official national day of Australia. The day is to celebrate the arrival of the First Fleet at Sydney Cove in 1788. The first celebration of the day dates back to 1808.

The quotes below are to help celebrate this glorious day. 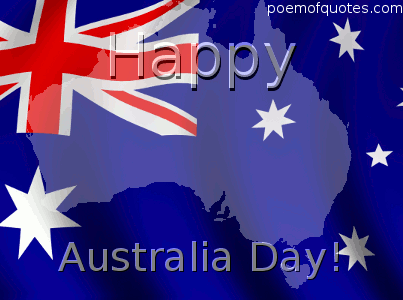 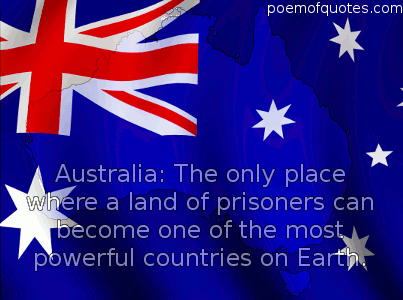 Australia is about as far away as you can get. I like that.
Andre Benjamin God bless America. God save the Queen. God defend New Zealand and thank Christ for Australia.
Russell Crowe In Australia, not reading poetry is the national pastime.
Phyllis McGinley Australia is an absolutely fantastic country, but the only thing we lack is the ability to work harder.
Dick Smith To live in Australia permanently is rather like going to a party and dancing all night with one's mother.
Barry Humphries Australia is an outdoor country. People only go inside to use the toilet. And that's only a recent development.
Barry Humphries The greatest and proudest moment moment of my life standing on the podium receiving the silver medal on behalf of myself and Australia.
Graham Cheney Olivia Newton-John - Australia's gift to insomniacs. It's nothing but the blonde singing the bland.
Minnie Riperton It's definitely different in the States. Americans are much different people compared to us. We're much more laid back. I itch to get back to Australia every summer because it's so fast paced there and so stressful.
Andrew Bogut I'd like to be seen as an average Australian bloke. I can't think of... I can't think of a nobler description of anybody than to be called an average Australian bloke.
John Howard More holiday quotes